Dine In Or Dine At Home

With a history that spans thousands of years, China is considered to be one of the greatest food destinations on Earth. The sheer variety of styles and techniques developed in China’s different regions is enough to drive a modern foodie wild with possibilities. The food that most Americans associate with China is quite a new development in the grand scheme of things and created to appeal to American palates. If you go far enough back through history, however, it is easy to trace dishes found at Chinese restaurants across the United States back to their roots. 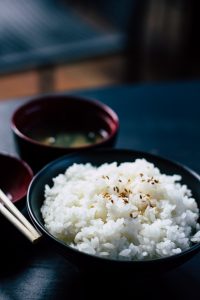 Historical records indicate that China was already grilling food over 5,000 years ago, and in 2005, a 4,000-year-old bowl of noodles was found in Northwest China, indicating that Asians were the first to develop them. Grains included millet, barley, and brown rice, although they were very different from the varieties cultivated by the advances made in modern agriculture.

It wasn’t until the late Zhou Dynasty that, by removing the external husk, bran, and germ from rice grains, white rice began gaining prevalence in the upper-class Chinese diet. This preparation gave a more refined flavor and texture, but its ability to lengthen the shelf-life of the grains is what inevitably helped establish white rice as the primary ingredient of Chinese cuisine.

It was during the Qin Dynasty that people began incorporating notes of sour to the flavor of their dishes. Scholars have identified bamboo strips and plums as key ingredients in covering up unpleasant odors from spoiling meat or fish. In addition to these, the Chinese began implementing cinnamon, green onion, soybeans, and vinegar in their cooking. Thus began the accumulation of various flavors that would come to define the unique and exotic tastes that enliven Chinese food.

The Chinese culinary arts began to truly transform during the Han Dynasty. Noodles, typically made from wheat or millet, were a staple of the common diet. The Silk Road trading route gave people ingredients that were unattainable up until that point. Grapes, pomegranates, watermelon, cucumber, spinach, celery, carrots, and walnuts all found their way into Chinese meals. Exotic spices also entered the picture, such as peppercorns, sesame seeds, onion, fennel, and garlic. While seemingly commonplace to us today, access to these ingredients changed the lives of the Han Dynasty and impacted Chinese food culture forever.

Thanks to the Silk Road’s introduction of foreign foods, and the intellectual exchange of cooking techniques that came about from engaging with different cultures, Chinese food during the Tang Dynasty was all about experimentation.

Tea became particularly popular for its flavor as well as a variety of health benefits and was enjoyed by people from all social classes. Food preservation also improved with the development of brining and salting foods that would then be buried beneath the earth as an early form of sealing off oxygen.

Trading with neighboring countries introduced additional produce. Golden peaches, date palms, pistachios, and figs were brought in from Persia, while pine seeds and ginseng both hailed from Korea. This period also saw the cultivation of sugarcane in China, a crop that would grow in demand across the world, and contribute heavily to the flavoring of many Chinese dishes.

The Chinese ate just about anything. In addition to pork, chicken, and lamb, people would willingly eat sea otter, bear, camel, jellyfish, and pufferfish — all oddities to modern Western mentality. Ironically, eating beef was taboo, in part due to its status as a laboring animal but also as part of the growing influence of Buddhism’s religious observances.

As agriculture advanced in China, so did the economic and social prosperity of its people, and the food, in turn, became more than mere necessity but, rather, elevated to cosmopolitan curiosity. Restaurants specializing in Chinese delicacies began popping up everywhere, providing sophisticated preparations of food once only attainable by emperors and nobility.

For commoners to enjoy meals of this caliber was unheard of elsewhere during this period. Even in Europe, the gap between rich and poor was apparent in the dining room. In China, the only real separation that existed was in the wealthy’s ability to choose from a variety of food options off a menu. This had never been seen before in the history of food, but the food industry that people enjoy today, all began here, during the Song Dynasty.

Chefs were the celebrities of the time, offering unique cooking styles from different Chinese provinces. Their eateries established what flavors and techniques succeeded beyond this period, eventually leading to the production of foods eaten at Chinese restaurants across the globe today. 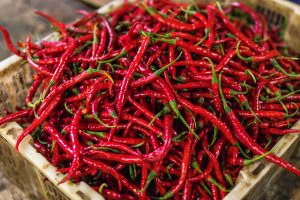 The last great development in traditional Chinese cuisine would come during the stretch of the Yuan, Ming, and Qing dynasties. It was during this period that thousands of dishes appeared, in part from Muslims moving into the country and, later, the Manchu. Chili peppers were brought to China for their blossoms but were quickly utilized in popular dishes in the Hunan and Sichuan provinces (two of the most popular Chinese culinary styles eaten today). This period was also blessed with the development of China’s first culinary schools, which ensured the passing along of traditional techniques as well as the creation of others.

In the present, Chinese people live in every country, and they have brought their food with them, but globalization insists on adaptation. Many of the Chinese dishes enjoyed throughout the world are unheard of in China because they are dishes created to fit the palates of foreigners.

In American Chinese restaurants, some of the most popular menu items were developed by Chinese immigrants looking for opportunities abroad. We have them to thank for such famous meals as chop suey, beef and broccoli, and crab rangoons. It would be difficult for any American to conceive of a Chinese restaurant lacking them!

At Peking Gourmet, we have crafted a menu to honor the colorful history of Chinese cuisine in its ancient origins, its illustrious growth throughout China, and itsglorious transformation with the flavors of other food cultures. From steamed dumplings to General Tso’s Chicken, we have something to suit anyone’s taste. Offering dine-in and takeout to the people of Medford for over 20 years, there is simply no better choice than Peking Gourmet, so place your order today. We take great pleasure serving you delicious Chinese food.

Get Special Offers Delivered To You